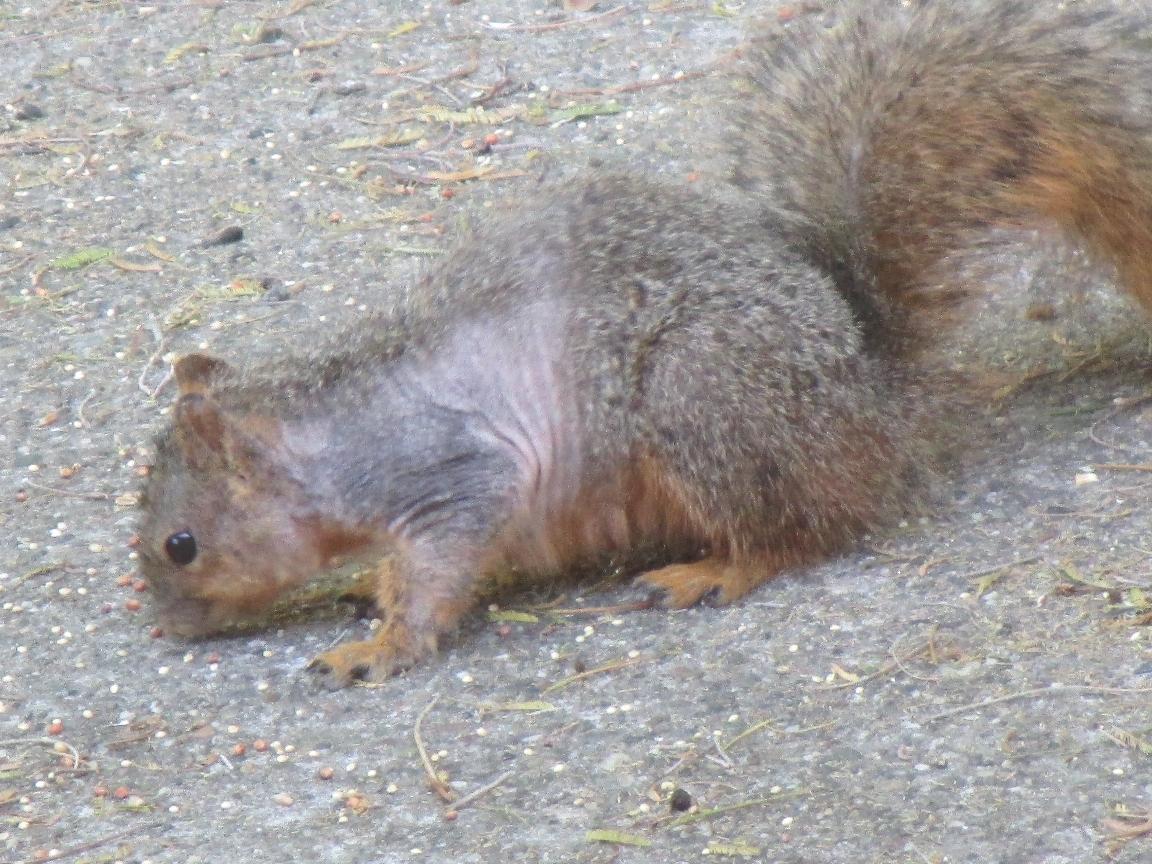 Diseases That Squirrels Can Contract

Just like most of the animals do get sick at some point in their life, squirrels are no exception they also get sick. In this article, we are going to look at the diseases that affect squirrels. Some of these diseases are zoonotic they can affect both squirrels and humans. Let’s have a look at these diseases so that we can be informed and take the proper precautions if squirrels have moved into the attic.

This is a most common disease infecting squirrels it is also known as squirrel pox or squirrel fibroma. The virus is spread by insect bite such as mosquitoes, this causes infection to uninfected squirrels. The virus causes skin tumor which appear on the body, this tumor has no problem by its own unless another secondary skin infections develops. This tumor might spread to the lungs, liver, kidney or lymph nodes.

Tularemia is caused by a bacterial infection called Francisella tularensis. This disease can also spread to humans when one touches an infected squirrel., contaminated food and water. The bacteria spreads very easily even it find it ways to your body through the undamaged skin. One needs to careful when you go to places where are squirrels are found. You should avoid coming into contact with wildlife especially animals that look sick. This disease if left untreated it will result in death. If you have a sick squirrel that needs to be removed, contact us today for professional squirrel removal.

This is also a bacterial infection. This bacteria is found in most wildlife droppings including squirrels. This bacterial causes symptoms similar to those of food poisoning, this includes stomach cramps, diarrhea, nausea, and vomiting.

The disease is caused by the bacteria. This is common for many wildlife species including squirrels. this disease is spread by ticks from one animal to another. Lyme disease if left untreated it can cause an inflammatory problem which later affects the central nervous system, joints, and heart.

This disease is easily passed from an infected squirrel to humans through biting and scratching. But in the US infection is rare due to the precaution measures are taken. This virus attacks the central nervous system from the point where one was bitten and it spreads rapidly to the brain where it multiplies and spread to all the parts of the body. Once symptoms appear the disease is now fatal and it can cause death at any moment.

This disease is mainly caused by the bacterium Leptospira is common in many wildlife species including squirrels. In humans, the symptoms include a headache, fever, weakness, rash and other symptoms. This disease can cause liver failure and kidney damage both these conditions are life-threatening.

If you spot a squirrel that appears to be balding, this is caused by Notoedric mange is Responsible. This microscopic mites burrow into the squirrel skin causing to loss hair and thickened dark skin. Typically these mites may cause additional symptoms and full recovery often occurs. In addition to that, another cause of dermatophytosis is fungal infections. Fungal infections leaves hair brittle, causing it to break off easily and leaves short stubble, making the squirrel to appear bald.

Bubonic torment is an uncommon ailment caused by bacterium Yersinia pestis. This ailment is extremely infectious and it causes the accompanying. agonizing buboes in the axilla, crotch or neck, high fever, petechial discharge and ridiculousness. Side effects of bubonic torment normally show up all of a sudden inside 2 to 5 days after the human is chomped by contaminated bug. The lymphatic framework is the one which is influenced generally, this causes the swelling of the lymph organs driving excruciating sensation. What’s more, people with bubonic torment may likewise experience the ill effects of discomfort, fever with chills, cerebral pain, seizures and muscle hurts.

We know ringworm might not sound like a disease. Ringworm are spread from infected squirrels to humans through insects such as mosquitoes and in rare cases sandfly can spread it too. Humans can be really good hosts for the ringworm to continue striving in their body.

Squirrels can be adorable to watch in the wild but taking precautions so that you won’t be infected with one of these deadly diseases. being infected with these disease without medical attention can be fatal in most of the cases. If you accidentally come across or get in direct contact with an infected squirrel please get medical as soon as possible to minimize spread the disease to others and also the process of recovery will be easier if one is cured within the shortest time possible.