The 13 Bat Species Of Florida 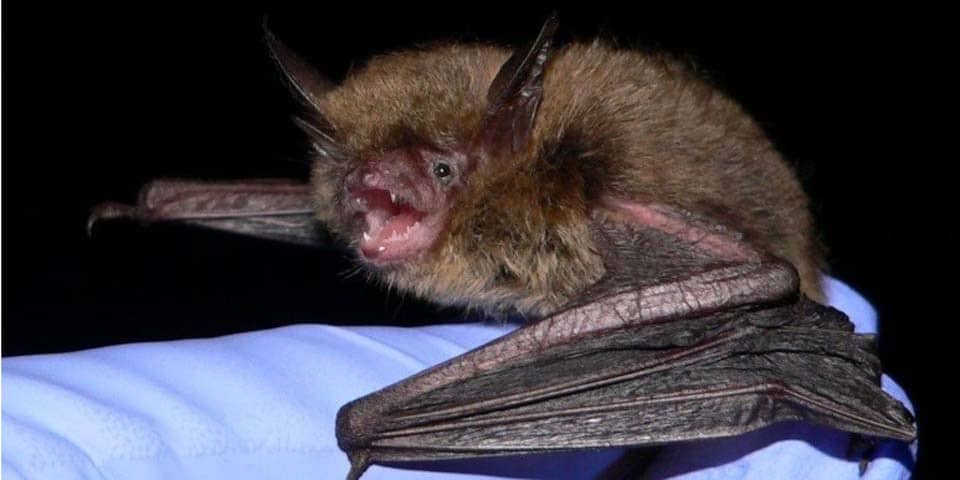 Bats are a species of the genus Myotis. Its scientific name is Myotis lucifugus. The word Myotis means mouse-eared bats. This bat is commonly found in North America. It is one of the most commonly used bat in Chiropterology – the study of bats.

These animals have a uniformly dark brown, glossy fur on the back and upper parts. The fur on the lower parts are pale grey in color. The wings are dark brown and typically have a wingspan of 22 – 27 cm. Ears are small and black. They have a rounded tragus, which is a small eminence in the outer ear pointing backwards. This helps in collecting sounds from the back of the head. It is key feature in bats and help in locating prey and finding their way in the darkness.

The skull of a bat doesn’t have a sagittal crest – the ridge along the upper middle of the skull found in most mammals and reptiles. It has a short rostrum and a forehead which has an upslope. The braincase if flattened and sub-circular when observed dorsally. It has 38 teeth which, including the molars are sharp. This is typically of all insectivores and helps in grasping an insect in flight.

Compared to the long-legged bats, brown bats have shorter tibia and lesser amounts of ventral wing hair. They also don’t have the keel on the caclar like the Indian Bats.

They can fly at speeds as high as 35 km / hour. Bats are nocturnal animals – meaning they are active at night and sleep during the day. They are most active during the first 3 hours after sunset. They are insectivores and feed at night.

The female bat gives birth to one offspring. The young one is able to fly and obtain food by the time it is three weeks old. Usually the bats hang upside down. But during pregnancy the females hang with their heads up.

Bats live almost all throughout North America. They are mainly found in northern part of continental US and southern parts of Canada.

Bats use three different kinds of roosts. They have a day roost and a night roost. They also have a hibernation roost. They use the day and night roosts during spring, summer and fall. They hibernate during the winter season.

Bats are insectivorous. They feed on moths, wasps, beetles, gnats, mosquitoes, midges and mayflies. They prefer insects which have an aquatic stage in their life cycle. Hence the preference for mosquitoes. The bats prefer to feed over water bodies and hence roost close to water. Bats find their prey by echolocating – which means they use the echo of their sound to find their prey.

When they prey above water they do it direct with their mouths. But when in flight they scoop the prey in their wings and then feed on them. They normally don’t have a fixed feeding area, but they tend to return to the same area for feeding.

Bats have an average life span of 6 to 7 years, but some may live up to 10 years.

There is, however, some truth in bats being dangerous to humans. Bats, unfortunately, are able to carry disease which can be transferred to humans. Some of these diseases can be dangerous and some of them are fatal. Because of the dangers that bats can impose, bat proofing to your home is very important.

The Nipah virus was first identified in Malaysia and has been transferred to humans through their contact with pigs. The transmission of this virus through bats has been shown but they do not appear to transfer it directly to humans. Again, this virus is able to kill humans. Because of the dangers and disease that bats present, it is imperative that you have bats professionally removed from your attic.

Bats are carriers of rabies. This is generally transferred through the saliva of an infected animal. This could occur through direct contact between a human and an infected bat. Unlike common misconception, not all bats carry rabies. In fact, less than 1% of bats carry it. However, there is no concrete way to judge whether a bat has it or not. A weak looking bat which shows up in daylight might have rabies. Rabies is generally not spread airborne. Since last 25 years, more people have been diagnosed of rabies cause by a bat than any other animal in United States. Although, some people develop the disease due to failure in getting medical attention.

Histoplasmosis is a disease that has been linked with bats. It is spread through the spores of a fungus that grows in bat feces. It will primarily cause problems with the lungs.

There need to be sensible precautions taken with bats. Not all bats will be carrying diseases that will kill humans. Bats and humans have been coexisting relatively peacefully for thousands of years. But gaining a better understanding of the bats and how their relationship with disease and humans occurs will help ensure that this relationship is able to remain healthy.