Animal Noises in The Attic Can Mean Big Trouble 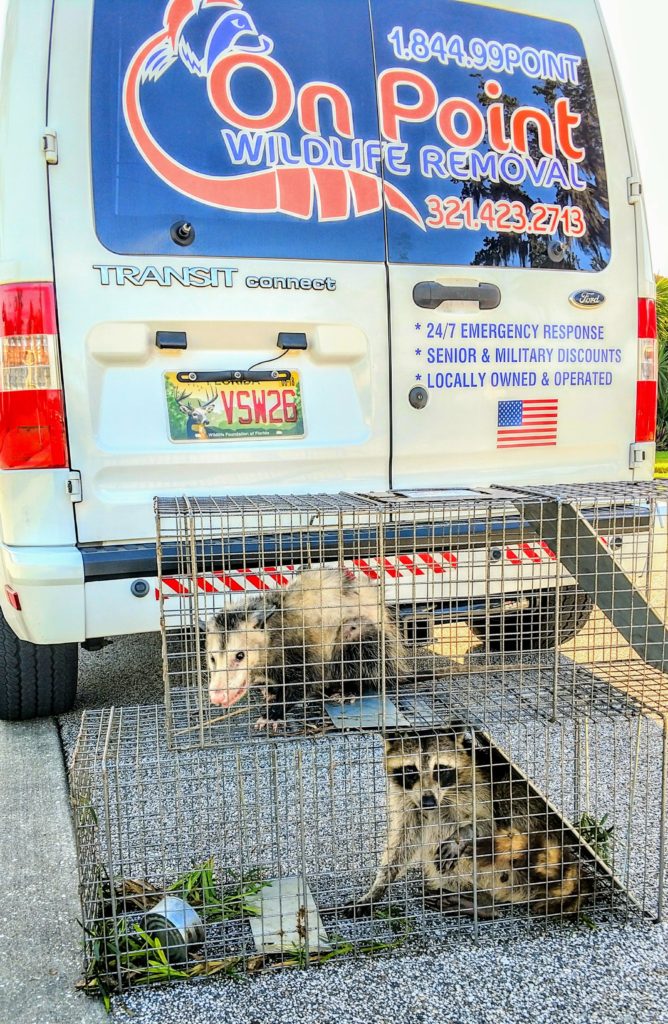 Once the raccoon has access to your attic, the insulation will be destroyed. Not only is it torn open to create a comfortable cave, but certain areas of your loft are identified as latrine locations, contaminating the insulation with urine and feces. The potential for disease to spread through this waste material poses a serious health risk to you, dogs, cats and your family. This is why it is crucial that you have raccoon removal done as soon as raccoons are noticed.

Raccoon roundworm, an infection that spreads to people by accidentally swallowing or inhaling roundworm eggs from raccoon feces, has led to increased concern in recent years. A roundworm infection can cause serious disabilities, and young children are considered the most susceptible. Raccoons love a nice warm, dry attic with lots of insulation for nesting material. At times when raccoons are discovered in an attic you may discover that you also need a squirrel removal service to get rid of squirrels as well.

Clean up any nesting waste and clutter left by the raccoons. If you are dealing with raccoon feces, make sure that you are not exposed to raccoon roundworms. If you dispose of the waste yourself, the CDC (Centers for Disease Control and Prevention) strongly recommends that your hands and clothing are not contaminated.

A raccoon even climbed into the air ducts and into the central air handling unit, where it was electrocuted and rotted, causing the worst smell ever. Raccoons also chew on a variety of substances, including wood and wires. Click here to learn more about raccoon diseases such as raccoon roundworm or raccoon rabies.

Raccoon parasites such as mites and fleas can get into living areas from the attic. Raccoon latrines smell in attics and raccoons that die in attics smell worse. Damage to trash cans: Raccoons and trash cans belong together, and trying to keep raccoons out of trash cans is a common battle.

They are smelly creatures and their droppings make quite a mess in your attic. The only way to remove opossums from your attic is to capture and remove them. Capturing and relocating property located in your state may be illegal, but Terminix can help you fully understand your specific options.

There are several things that can encourage a raccoon to pull into your attic. It is often the smell that other animals have left behind. Many buildings get raccoons in the attic after they first had other wildlife problems and ignored the signs and attic sounds.

You can spot signs of raccoons hanging around your home, thus preventing raccoons from entering. If you think a raccoon is trying to get into your house, you may notice damage to the gutters, shutters, shingles, and outside vents. If you find a vulnerability near your roof, you can try to take advantage of it and find your way around.

The bad news is that wild raccoons can do significant damage in a short amount of time. Loft, crawl space, basement, drywall, insulation, garages and more can be saturated with animal urine, feces, postpartum, feeding problems and much more. In addition to this mess, gravel, particle board, walls, ceilings, roofs, and more can easily be structurally damaged by a small raccoon infestation.

We’ve been trapping armadillos and raccoons for a client in Viera / Rockledge area the past week so far we’ve removed 3 raccoons in a very short amount of time. When I drove up today I noticed that one of the cage doors was closed and the cage had been flipped on it’s side, you’ll never believe what was inside……

We used cat food to catch these guys, and we set the raccoon traps at about six last night. After seeing a lot of raccoon feces on the yard, we decided to primarily target raccoons instead of armadillos in this Rockledge neighborhood. We were pleasantly surprised at what we got today, we had an unexpected resident. As you can see from the image above, we ended up trapping an opossum from this home.

No need to worry, both the raccoon and opossum are unharmed and will be taken to live out the rest of their lives far away from humans on a private plot of land with plenty of natural habitat.