Iguanas blamed for power outages in the Keys 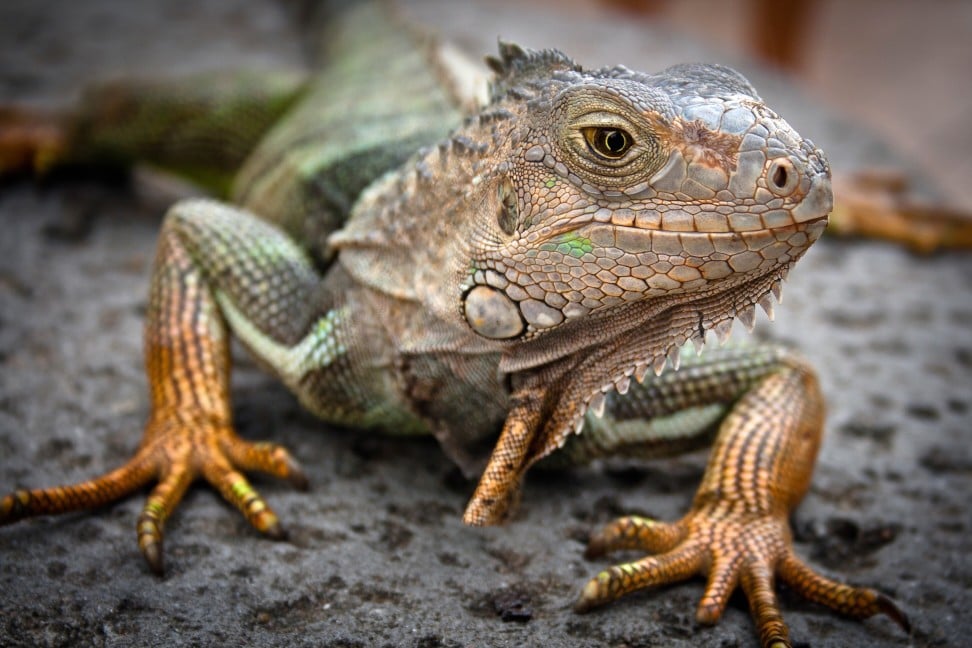 Iguanas have been blamed for power outages in the Florida Keys recently. One utilities company seems to have come up with a solution, iguana proofing. They will be placing animal guards on all of their power transformers to hopefully deter the invasive species from wreaking havoc on the power grid and the project comes with a high price tag of $91,000. Various species wander into the substations looking for food or shelter and sometimes get electrocuted and cause loss of power for hundreds of residents.

One way people are helping to combat the invasive species is by hunting them. Florida encourages its residents to hunt and kill the reptiles as a way of controlling their populations. Some, like one local California man, have been using the iguanas as a source of food in things like burritos and tacos. The man has had so much success in Florida with his exotic meats operation, that he plans on moving to the state to continue the hunt for more of the invasive reptiles.

What happens when an iguana meets a transformer?

In the Florida Keys, invasive iguanas have caused more power outages than one electric company could stand.

Keys Energy Services’ Utility Board recently approved the installation of animal guards on power transformers at all nine of its electrical substations.

The cost: $91,000. It’s going to Greenjacket Inc., a company that makes the fiberglass caps meant to cover transformers to prevent “wildlife caused outages,” perpetrated in other parts by squirrels, snakes, raccoons and birds. Read more

Summary: Iguanas have been blamed for power outages throughout the Florida Keys. Keys Energy Service will be placing animal guards on all of their transformers in each substation to help prevent the critters from accessing important equipment.

Iguanas living in South Florida have something new to watch out for – a California-based exotic meats operation is setting up shop to take advantage of the invasive population.

According to Palm Beach Post, California resident Anshu Pathak has been making a living selling iguana meat from his exotic meats operation. He’s found so much success in Florida that he expects to relocate to Fort Lauderdale by the end of the year. Read more

Summary: One California man is cashing in on the ability to hunt Iguanas in the state of Florida. He has a successful exotic meats operation and sells iguanas as food in things such as burritos and tacos. The species is invasive to Florida and officials in the state actively encourage people to hunt them.

If Oranges, Mangos, and Coconuts are not on your favorite free food in Florida appetite, there are plenty of Iguanas running around. https://t.co/ysK4bbe4JK